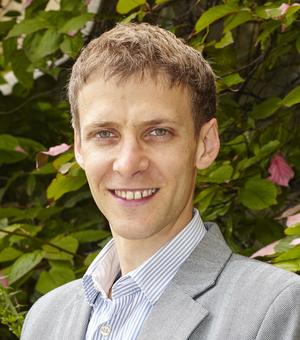 Before joining Oxford, I was Research Fellow in the Centre for South Asian Studies, University of Cambridge, and Lecturer in Global History, University of Exeter.

A historian by training, my research focuses upon religious and social transformation within modern Islam, with particular reference to the Indian subcontinent. Much of my previous published research has focused upon Shi‘i Islam in South Asia, including themes such as Shi‘i clerical revivalism, religious writing and practice, martyrology, and Shi‘i politics. This research led to my monograph Shi‘a Islam in Colonial India (2012), edited volume The Shi‘a in Modern South Asia (2014), and other writings. I have also published several pieces on the social and cultural histories of ‘Muslim’ urban centres in north India, especially Lucknow and the region’s rural townships (qasbas).

More recently, I have been conducting several intertwined projects concerning the adjudication of Islamic family laws and community-level Muslim legal practice. First, I am conducting a major study of the role of Islamic clerics (‘ulama) as legal practitioners in South Asia, including their roles in issuing fatwas (edicts) and handling disputes through shari‘ah-based legal forums. Second, I am researching ‘Islamic feminist’ thought and Muslim women’s rights activism in South Asia and globally, on which I have published several articles. Third, I maintain comparative interests in the adjudication of family laws in Muslim minority contexts, including the UK. This has given rise to two recent edited compilations: Reformulating Matrimony: Muslim Marriage and Divorce in the Contemporary U.K. and Europe (2020) and Islamic Family Law in Europe and the Islamic World: Current Situation and Challenges (2020).

I am also tutorial fellow in Theology and Religion at Pembroke College, where I am coordinator of the ‘Religion and the Frontier Challenges’ postdoctoral research programme.

At Oxford, I teach broadly across both contemporary Islam and the study of world religions, including for several undergraduate papers and the MSt in the Study of Religions. I am also a member of the Faculty of History, and teach for the MSc in Modern South Asian Studies, which is based in the School of Global and Area Studies.

Islamic revivalism and reform in the modern world; Islamic law; religious authority and authenticity within Islam; religion, Orientalism and imperialism; Western readings of religion, especially in the age of European empires; religion, nationalism and politics in modern South Asia (especially with regard to Islam and Hinduism); religion and conflict in South Asia.