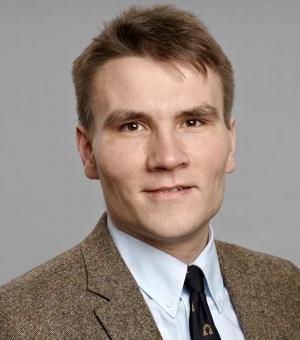 Associate Faculty Member of the Faculty of Theology and Religion, Oxford University
University Professor of Ethics at Lüneburg University, Germany

In 2009 Oermann was appointed tenured professor of ethics with specialization in sustainability and sustainable economics at the Leuphana University Lüneburg (Germany) and served as vice-president of his university from 2010 to 2012. He is also a visiting professor for business ethics at the University of St. Gallen (Switzerland) since 2010. He has also served as the co-head of the program on Religion, Politics and Economics at the Humboldt University in Berlin from 2007-2018.

Oermann is co-editor responsible for ethics at the Theologische Literaturzeitung, the oldest German-language review journal in theology. He is a member of the board of the International Martin Luther Foundation and the Haniel Stiftung.

Being a Rhodes Scholar (Germany/Christ Church 1996) he was appointed in 2013 by the Rhodes Trust, Oxford, as its national secretary administering Rhodes scholarships for Germany.

As an ordained Lutheran pastor he serves in his home parish in the village of Schäplitz, Altmark, in eastern Germany.

Since 2004 he also served as personal advisor to the German Federal President as well as to the Minister of Finance and Minister of the Interior of the Federal Republic of Germany. As a business ethicist and former management consultant he also advises DAX-30 company boards, especially after the financial crisis and during “Dieselgate”-crisis.

Ethics in its relation to the fields of business, politics and the law.