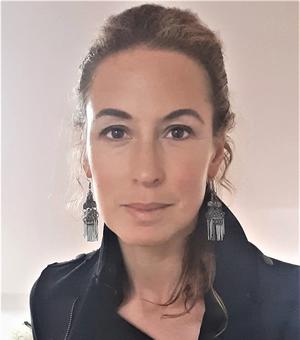 I am a University Research Lecturer teaching for the Theology and Religion Faculty on Hinduism and Theories of Religion, and for the Philosophy Faculty on Indian Philosophy. My research explores key philosophical themes across cultures, from Indian classical theories of Being to twentieth-century phenomenology. My books explore conceptions of reality, the self and the good across cultures, focusing on classical Indian metaphysics and German phenomenology, and my forthcoming books explore Indian approaches to Being, definitions of the material and the divine, and Gadamer’s distinctive “hermeneutic” ontology. I am also the managing editor of the Journal of Hindu Studies (OUP).

My work on Hindu ideas translates them into global terms, so that we can all think in new ways about issues that shape our society: the nature of a good life, justice and human rights, metaphysics, the goals of community. I anchor these perspectives in classic texts, and bring them into conversation with academic philosophy and existential concerns.

The BBC’s History of Ideas:

Short articles at the Engelsberg Foundation

The History of Philosophy without Any Gaps: Classical Hindu Philosophy

Hindu Worldviews: Theories of Self, Ritual and Reality

Categorisation in Indian Philosophy: Thinking inside the Box

The Bloomsbury Companion to Hindu Studies

“The Self in Meditation: The Art of Self-Transformation” in The Oxford Handbook of Meditation

A Theory of Comparative Philosophy: The View from Above

"Become This Whole World": The Phenomenology of Metaphysical Religion in the Chandogya Upanisad