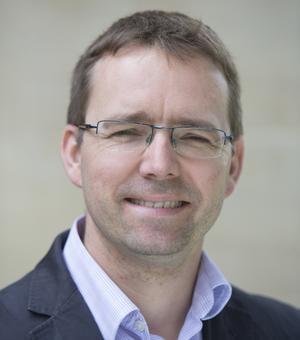 Hywel’s undergraduate studies were initially in music in Edinburgh (BMus 1997) and piano through the Royal College of Music (ARCM 1997). Hywel then majored in Biblical Studies in Edinburgh (BD 2000), including biblical Hebrew at the Rothberg International Summer School at the Hebrew University of Jerusalem. Graduate studies followed at Christ Church, Oxford: a master’s degree in Old Testament that focussed on texts and theology (MSt 2001) and a doctorate: a comparison of theology in Isaiah 40-55 and early Greek philosophy (DPhil 2005). Tutor in Old Testament since 2005, Hywel has extensive experience in teaching the Old Testament in university, college, and church settings – enriched by trips to the British Museum and by Jewish-Christian dialogues. As well as Oxford’s Faculty of Theology and Religion, Hywel is a member of the Society for Old Testament Study (SOTS), Society of Biblical Literature (SBL), European Association of Biblical Studies (EABS), International Associated for Presocratic Studies (IAPS), and British Association for Jewish Studies (BAJS). Hywel has published on various biblical and Second Temple Jewish topics, and later periods in the history of biblical interpretation (e.g. Reformation, Modernity). This includes an edited volume entitled Companion to the Old Testament: Introduction, Interpretation, Application (2016), which explores the many and varied ways the Old Testament has been read and used in the global history of Christianity. A recent area of Hywel’s developing research interests is the use of biblical texts in contemporary ethical questions.