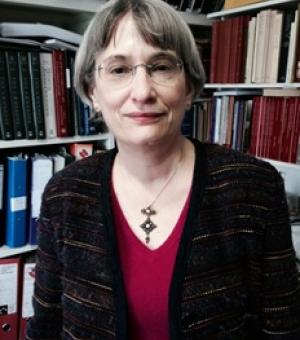 Professor of the Study of the Abrahamic Religions
Fellow of the British Academy
01865 284268
anna.sapirabulafia@theology.ox.ac.uk

Anna Sapir Abulafia was born in New York, moving with her family to The Netherlands in 1967 where she completed her schooling and studied History at the University of Amsterdam. She gained her Candidaats Examen and Doctoraal Examen in History (1974, 1978) and her doctorate in Theology (Church History) in 1984 at the University of Amsterdam and a higher doctorate, LittD, at Cambridge in 2014 (DLitt by incorporation in Oxford 2015). In 1979 she was Wetenschappelijke Medewerker in Medieval History at the University of Amsterdam.  After moving to the UK she became a Research Fellow at Clare Hall, Cambridge (1981-6) and the Laura Ashley Research Fellow at Lucy Cavendish College 1987-90. She was Fellow, College Lecturer and Director of Studies in History at Lucy Cavendish College Cambridge, 1990-2015 where she was Graduate Tutor (1992 - 6), Senior Tutor (1996 - 2002) and Vice-President (2002 - 2010). From 2013-2015 she was Affiliated College Lecturer and Director of Studies in History at Newnham College, Cambridge.   She was elected a Fellow of the Royal Historical Society 1998.  In April 2015, shetook up the Chair of the Study of the Abrahamic Religions in the Faculty of Theology and Religion and became a Fellow of Lady Margaret Hall.  In July 2020 she was elcted a Fellow of the British Academy.   The main focus of her research is the interaction of medieval Christianity and Judaism within the broad context of twelfth and thirteenth-century theological and ecclesiastical developments.

Prof. Abulafia’s current research concerns the study of medieval Canon Law through the lens of Christian-Jewish relations. The research centres on Gratian’s Decretum, the mid-twelfth-century collection of canons which systematized many thousands of ecclesiastical and theological texts spanning more than 1000 years of Christianity.  She is interested in understanding why the Decretum, as it evolved from an initial iteration to a much fuller version incorporated a number of canons concerning Jews; she is examining how those canons were read and how they were commented on.  The focus of her investigations is the unique twelfth-century Oxford manuscript, which is now MS 283/676 in the library of Gonville and Caius College, Cambridge. This manuscript contains a late twelfth-century Decretum together with glosses which reflect the teaching of the Decretum by Anglo-Norman canonists in Oxford in the 1190s, including John of Tynemouth and Simon of Southwell, both of whom were masters in Oxford at the time.  The aim of her project is to discover more about the role canon law played in the dissemination of Christian ideas about Jews and Muslims in the twelfth and thirteenth centuries as well as shedding further light on the twelfth-century evolution of the Decretum into the text which was disseminated throughout Latin Christendom.

Member of the advisory board of The Encyclopedia of Jewish Christian Relations (to be published by De Gruyter in 2021).

Member of the scientific board of the new Journal: The International Journal of Levant Studies.