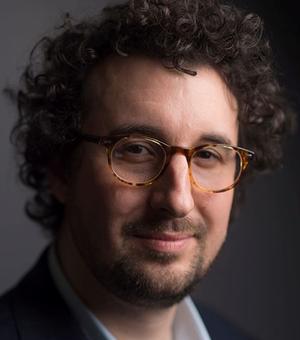 Dafydd Mills Daniel read for a BA in Theology and Religious studies at Peterhouse, Cambridge, before completing a Masters in Philosophical Theology and Philosophy of Religion at Yale, where he was a Marquand Scholar. After completing doctoral research in theological and philosophical ethics at Oxford, he undertook a PGCE in Religious Education, also at Oxford.

In 2018, Dafydd was chosen as a New Generation Thinker by the BBC and the Arts and Humanities Research Council (AHRC).

Each year, the BBC and AHRC select 10 New Generation Thinkers: early career academics working in the humanities, ‘who can bring the best of university research and scholarly ideas to a broad audience through working with the media’.

Conscience in moral theology, moral philosophy, and the history of ethics; the history of human rights; early modern and modern rational intuitionism; theological, ethical, and political thought in the British Enlightenment; the relationship between conceptions of religion, science, and the occult in the early modern period; virtue ethics and character education; the philosophy and theology of education.

Dafydd has appeared on National Geographic’s The Story of God with Morgan Freemanand, as a New Generation Thinker, on BBC Radio 3.

In these appearances he has discussed a range of theological, ethical, and historical issues, from: the practice of sin-eating; Sir Isaac Newton’s alchemy; and early modern witchcraft trials, to the relationship between rioting and political reform; ‘freethinking’ and free speech in the Enlightenment and today; and the meaning of human rights.

It is by placing debates from both the past and the present in context that we recognise the historical importance, and ongoing significance, of theology and religious ethics.